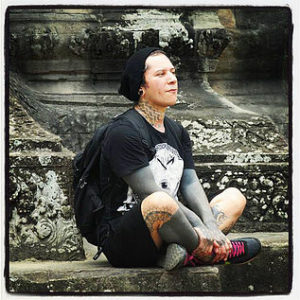 Charly Pastrana starts his career at the end of 1996. For 14 years, he was the founder and owner of the studio, “Dayaks” and he has attended several seminars in multiple countries around the world. In 2012, he created a new studio called “Third Eye” and also started his own organic jewelry company, SACRED SYMBOLS.

Being a member of the Latin American Body Piercing Association, Charly has also participated in numerous seminars in Mexico on the history of body piercing.