Trash Polka is a tattoo style made famous by artists Volker Merschky and Simone Pfaff in Würzburg, Germany during the late ’90s, and shortly thereafter took the rest of Europe by storm. Composed of mixed media themes, this is a bold yet incredibly abstract style that can draw in photorealistic portraiture, typography, geometric, surrealistic, and naturalistic themes with equal probability, held together with scrawling sketchy line work reminiscent of pen and ink drawings, sweeping paintbrush strokes, and even make use of Ben Day stippling dot work like the pop artwork from the ’50s. Typically Trash Polka compositions are black and grey in nature (making liberal uses of black, like the Renaissance painters of old) with red accents to set it all off. This is a style that is a European classic, and one of a kind. 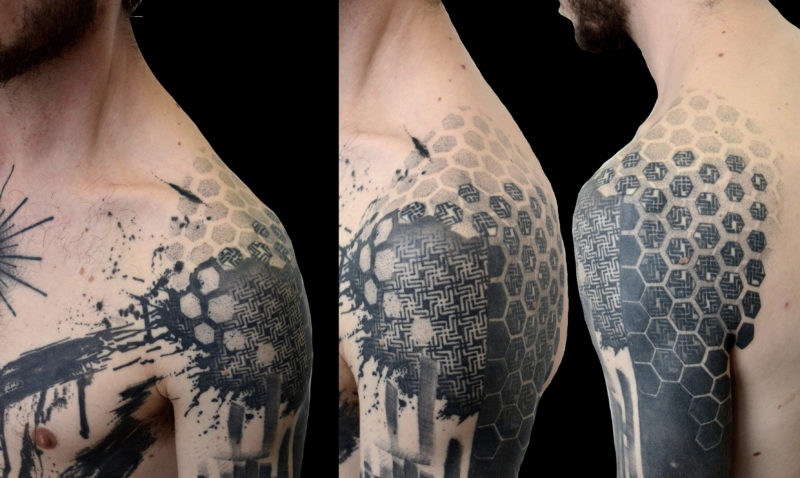 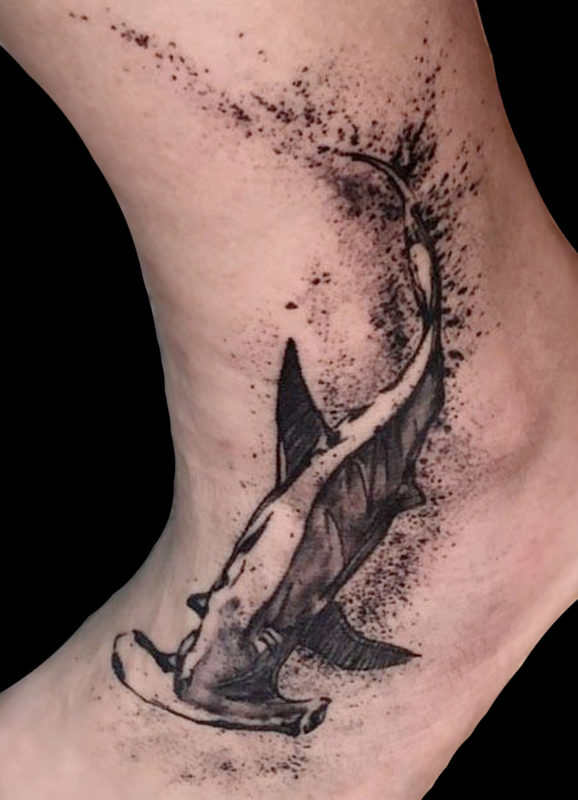 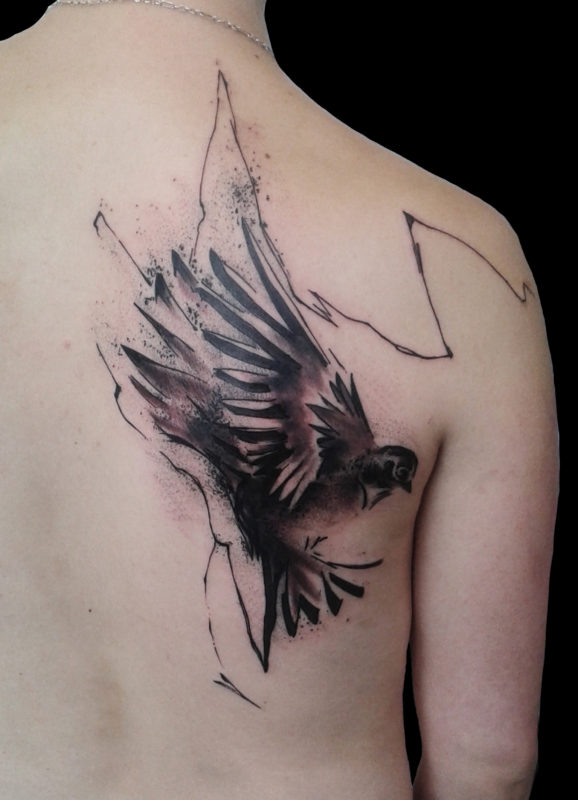 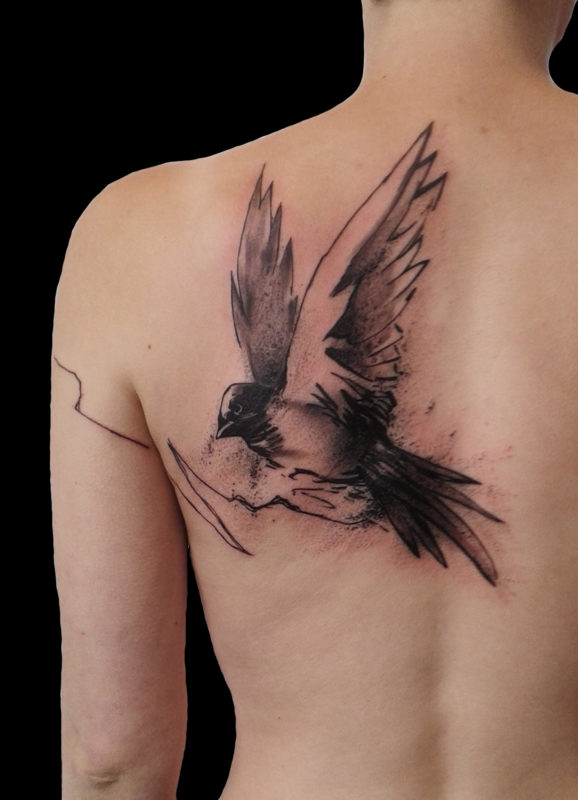 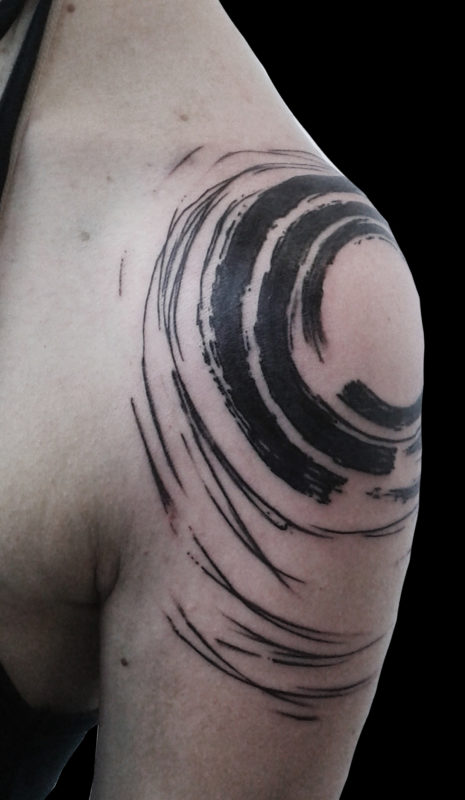 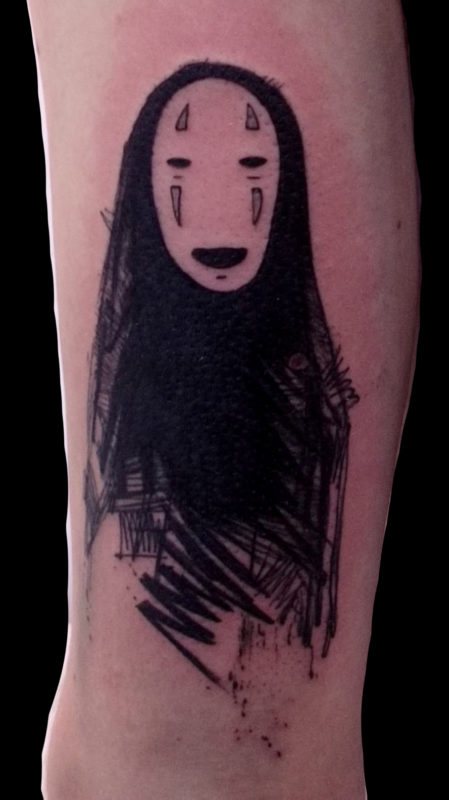 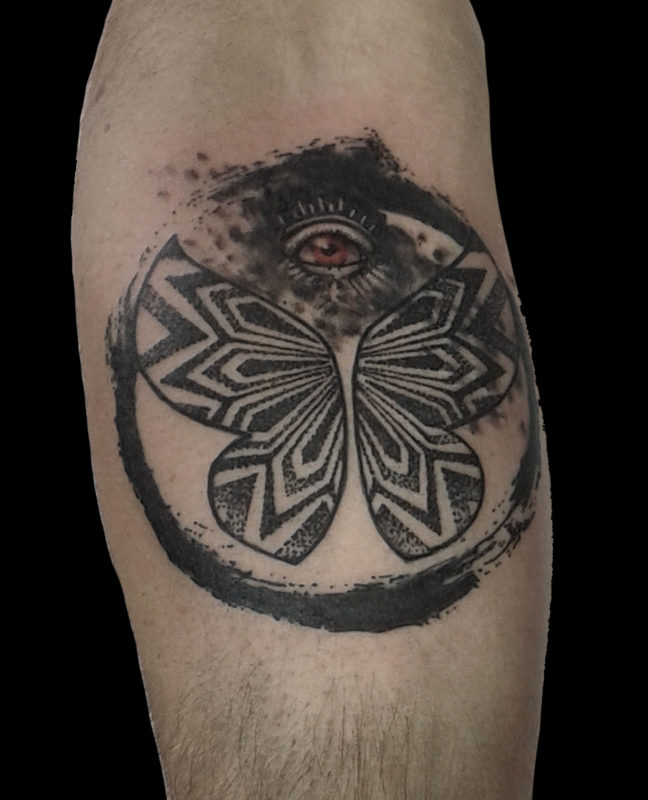 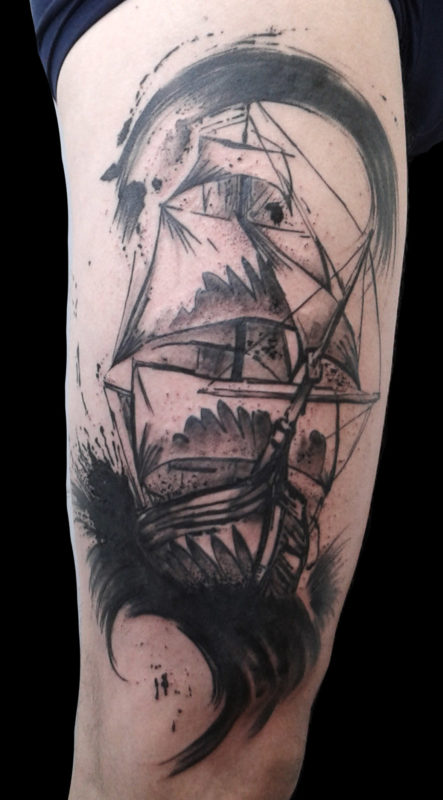 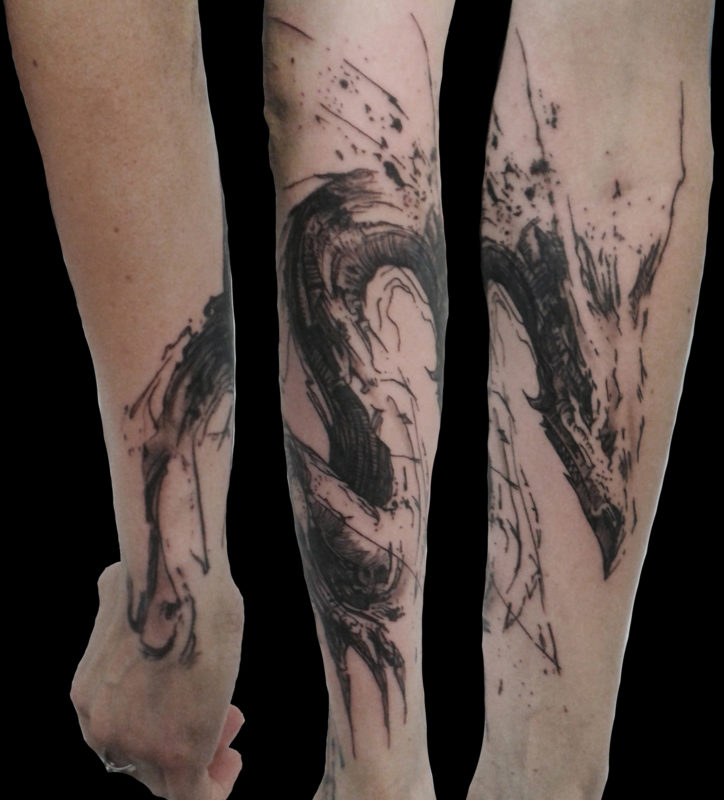 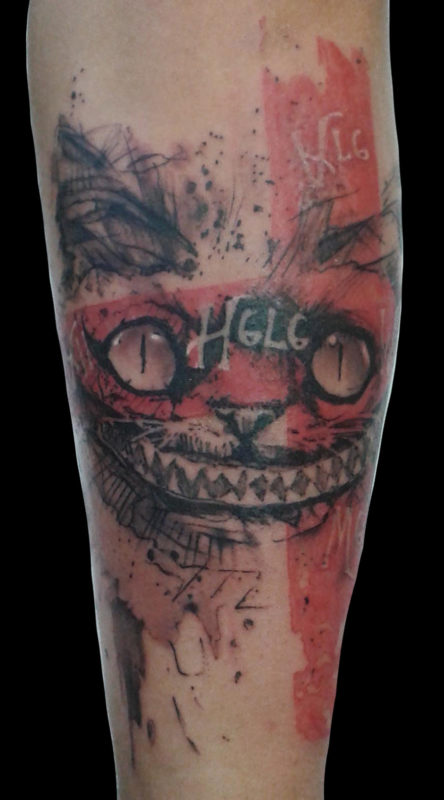 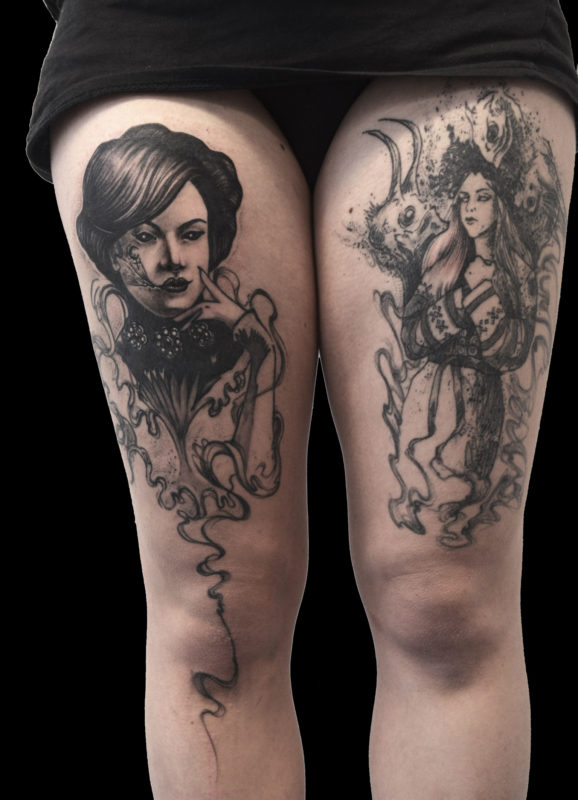 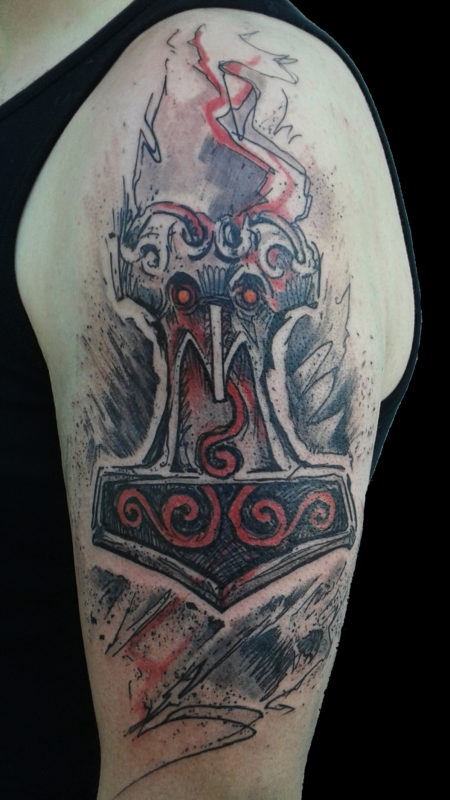 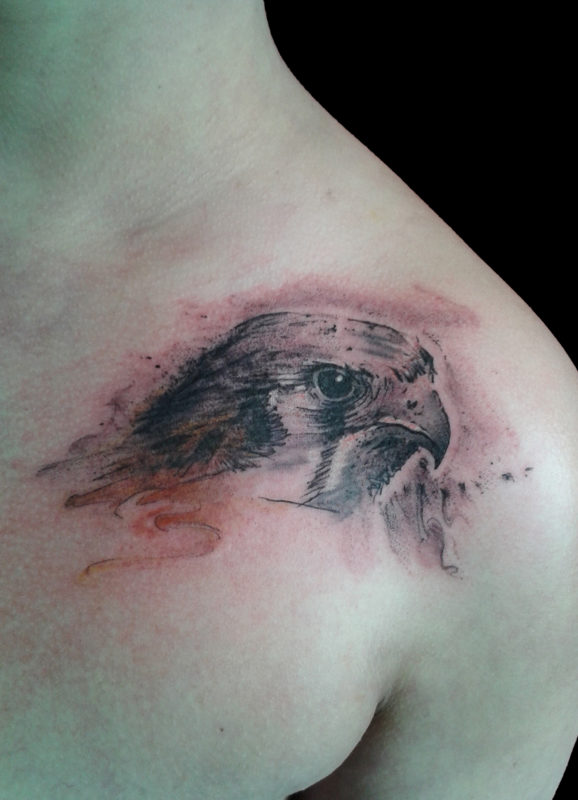 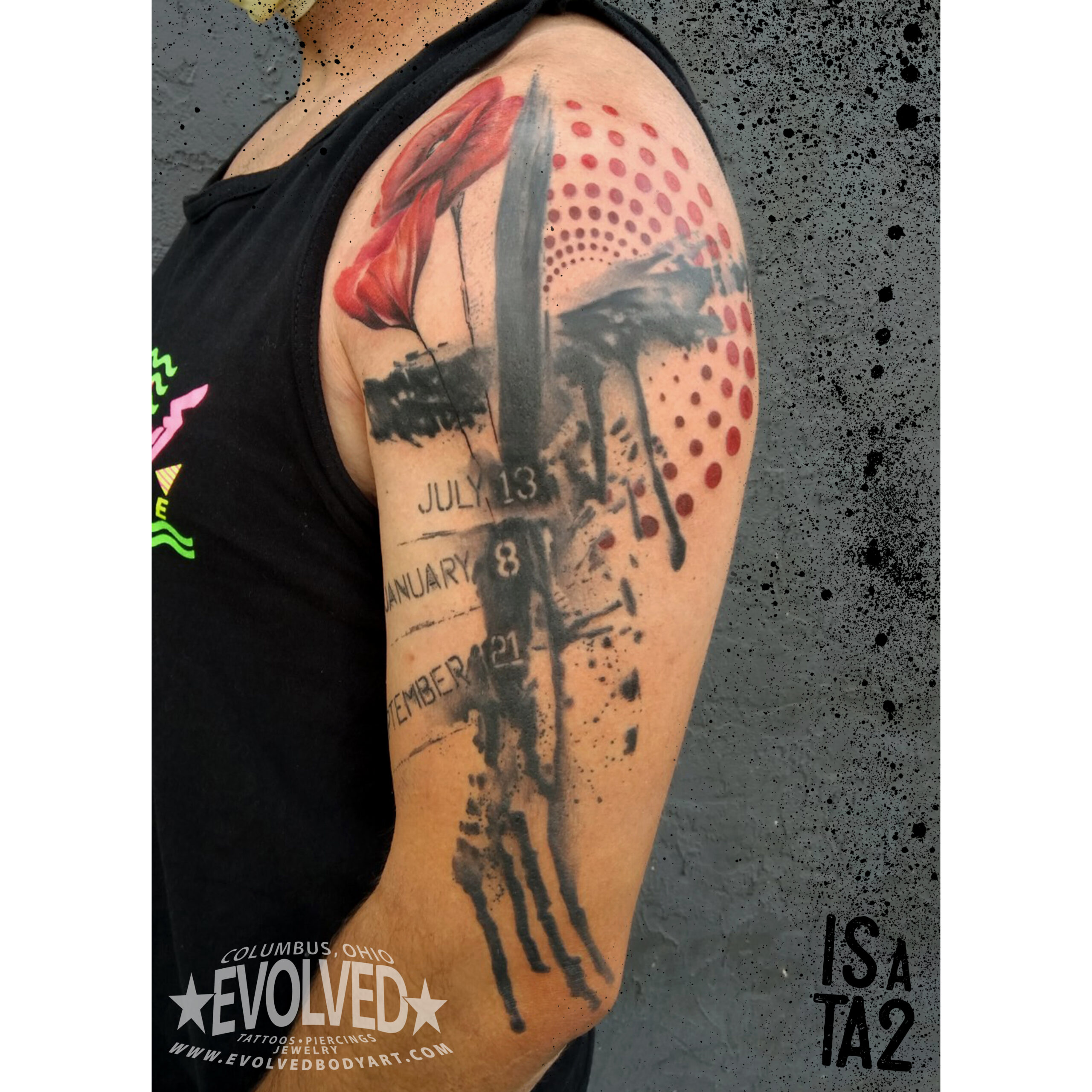 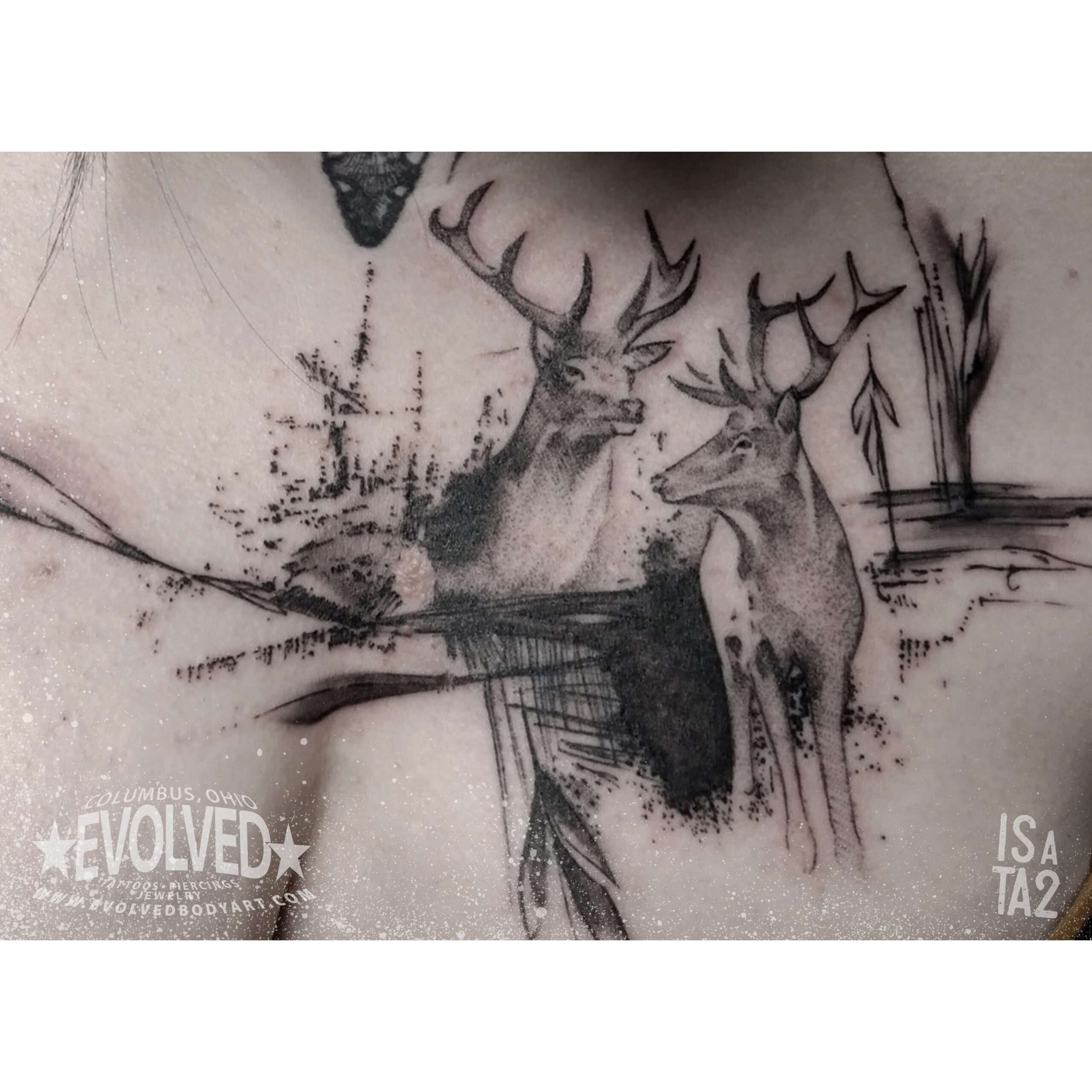 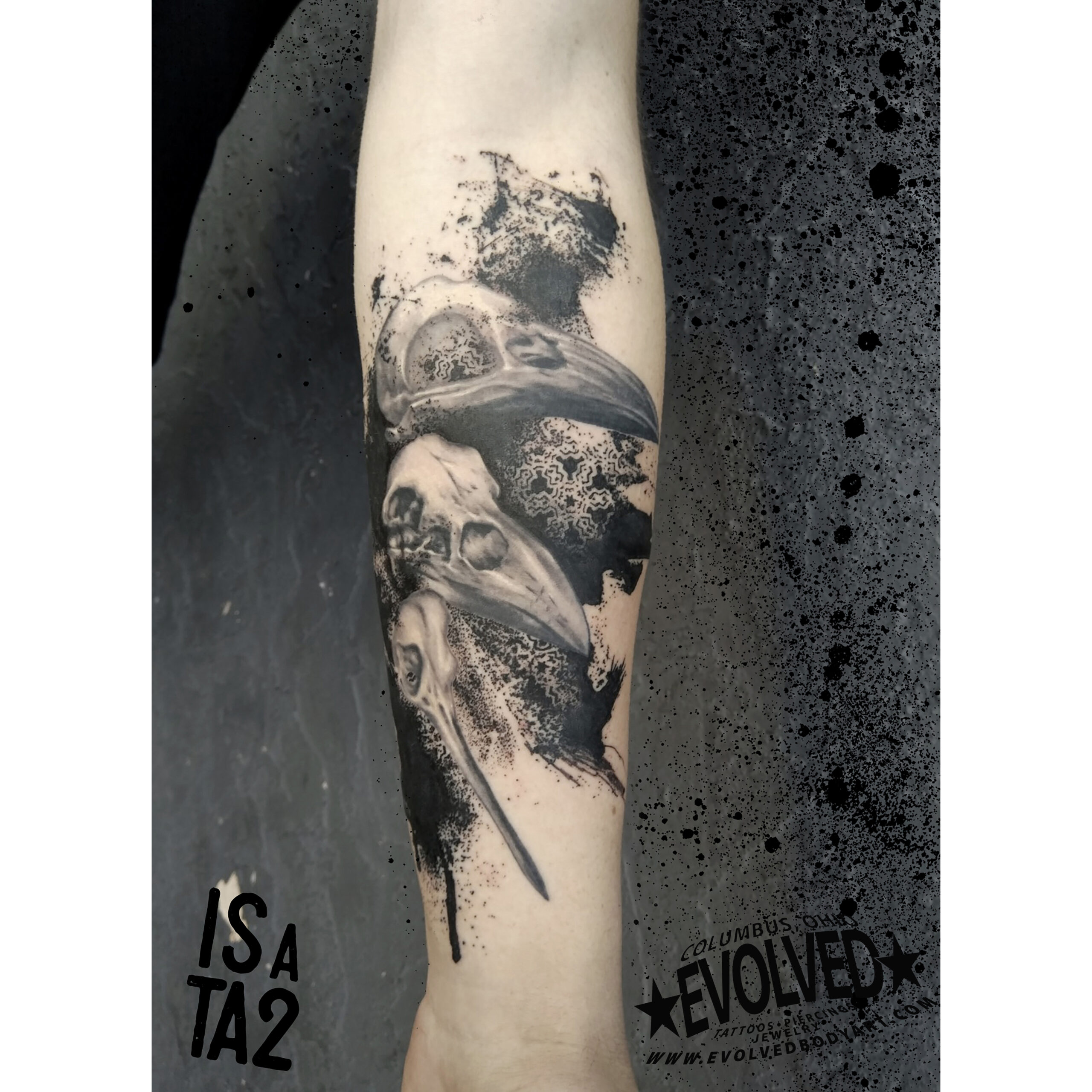 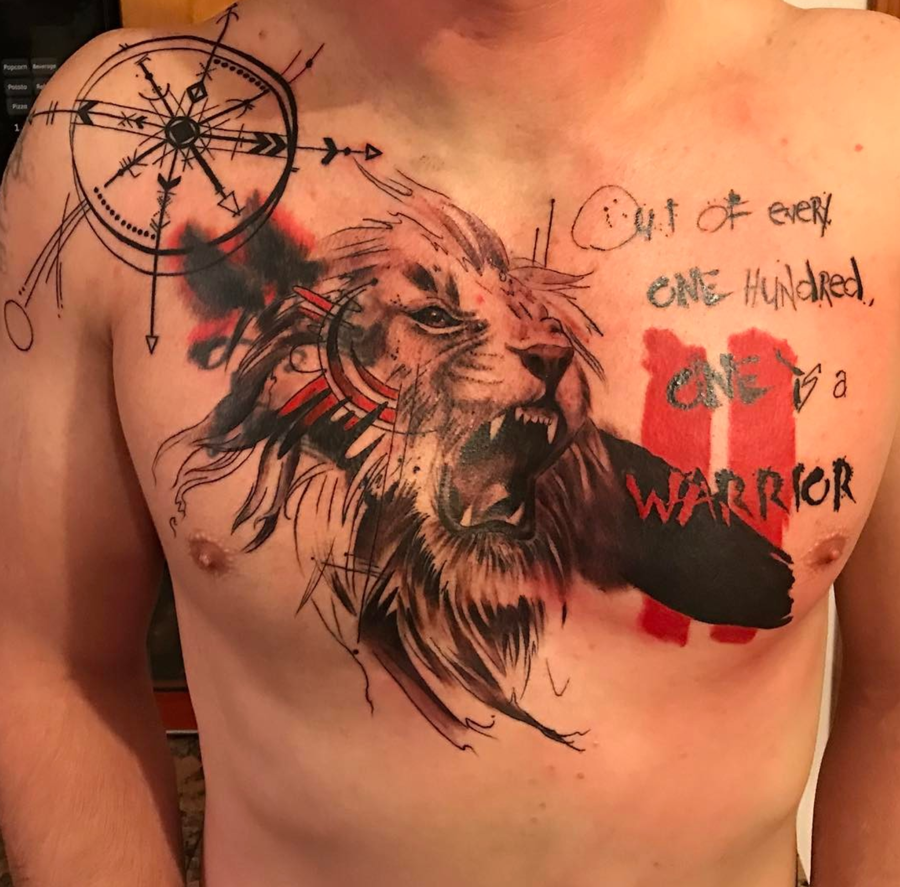